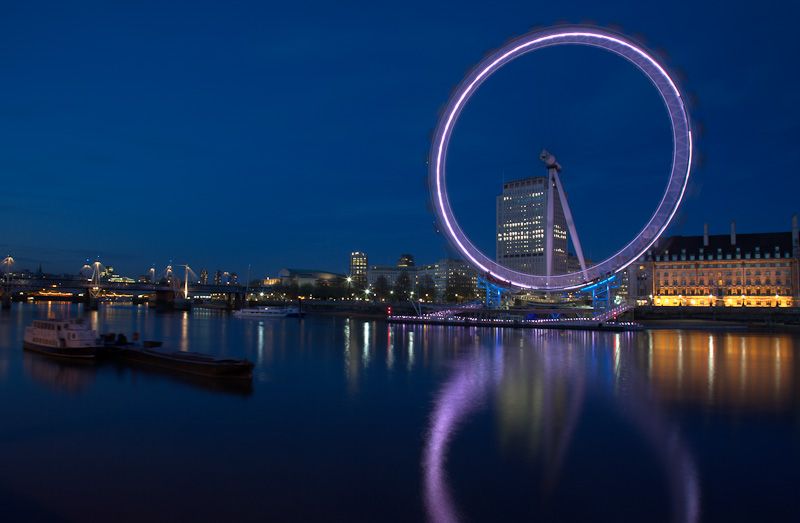 Posted by UrbanIris (London, United Kingdom) on 14 August 2010 in Cityscape & Urban and Portfolio.

Back in April I spent a lot of time wandering by the Thames with the camera. I took this shot on a night when the dusk sky was an incredibly vivid shade of blue and when, for some unknown reason, the London Eye was illuminated in purple. The river has been blurred to a glass effect by the long exposure, which was intended to make the whole scene look as serene as it felt in person.

Stunning! The reflection on the water is brilliant and the detail is superb.

This is one of my favourite shots, it really does look a serene evening